Pre-Party In the Park

Join us for an extra day of music on the main stage with access to other festival experiences!

Over the past decade, The String Cheese Incident has emerged as one of America’s most significant independent bands. Born in 1993 in Colorado’s Rocky Mountains, SCI has since released 10 albums, 6 DVDs and countless live recordings from their relentless tour schedule. Their 20 year history is packed full of surreal experiences, epic moments, groundbreaking involvement and huge accomplishments. They have been recognized for their commitment to musical creativity and integrity, for their community spirit, philanthropic endeavors, and for their innovative approach to the business of music. When The String Cheese Incident’s growth first started gaining momentum over a decade ago, when the internet was just beginning to take hold and the major-label business model was failing, the band decided to make music on their own terms. Since then, The String Cheese Incident has gone on to carve out a completely different approach to the business of music; they are truly pioneers of a new way of “making a band.” With the World Wide Web as their tool, SCI was among the first artists to disseminate information via the internet, such as tour dates, release information, and other news, to their growing fan base. Rather than doing business on such terms as “the bottom line,” The String Cheese Incident put their music and their fans first, opening companies of their own, including a ticketing company, a merchandise company and a fan travel agency, to best serve their community. The band’s record label, SCI Fidelity Records, has always operated under the same ideals. Even early on, SCI Fidelity embraced downloadable music and file sharing, delivering SCI’s “On the Road” series, where every show the band plays is made available for download on the internet. Whether they realized it at the time or not, The String Cheese Incident was inventing grassroots band development. Today, literally hundreds of bands are using some version of this same approach to building a band. The String Cheese Incident’s commitment goes well beyond their immediate community, and even beyond the music community as a whole. Early on, the band took a serious interest in giving back to the communities that they visited, and they were among the first performers to encourage “Green” shows and tours. SCI’s support has helped give rise to such not-for-profit organizations as Conscious Alliance, Rock the Earth, and Head Count. In 2002, when the band’s right to sell tickets to their own shows became threatened by ticketing giant Ticketmaster, the band stood strong for the independent music community and filed a lawsuit against the company. All the while, The String Cheese Incident has stayed committed to music as a creative endeavor, not just in their recordings but also in their live performances. The list of SCI’s special guests and collaborators is long and diverse. Their annual events such as Horning’s Hideout, and holiday shows such as New Year’s and Halloween, have helped redefine the concert experience and has garnered the band a reputation as live music vibe innovators.

Hailed by American Songwriter for their “mind-bending musicality,” moe. is treasured for their mesmerizing musical synergy, unfettered showmanship, and smart, resonant songcraft. For three decades, the band has corralled myriad musical forms on a truly original journey rich with crafty, clever songwriting and astonishing resourcefulness. Fueled by an impassioned fan base, moe. has spent much of those thirty years on the road, encompassing countless live performances marked by eclectic wit, deep friendship, and exploratory invention.

Two-time Grammy winning bassist Oteil Burbridge has been in the music business touring and recording for over three decades. His first step into the national spotlight came in 1991 when he became a founding member of the Aquarium Rescue Unit featuring Col. Bruce Hampton, a cult classic that has stood the test of time. That led to his membership in the classic rock group The Allman Brothers Band. Since 1997, his work with the band has earned him two Grammy nominations for best rock instrumental, in 2003 and in 2004. Over the years, Oteil has shared the stage with rock and blues legends such as Eric Clapton, Carlos Santana, Levon Helm, Taj Mahal, Buddy Guy, Pinetop Perkins, Hubert Sumlin, Billy Gibbons, Chuck Leavell, Bob Weir, Phil Lesh, Johnny Winter, Bonnie Raitt, Sheryl Crow and Trey Anastasio. In 2012, Oteil received a Grammy Lifetime Achievement Award for his 15 year contribution to the Allman Brothers Band as the longest running bassist in the band’s history. While touring and recording with the Allman Brothers over the years, Oteil still found time to collaborate with many other musicians. He formed his solo group, Oteil and the Peacemakers in 1998. From 1998 until 2007, the group toured extensively and released three albums. In 2001, Oteil joined Phish’s keyboardist Page McConnell and The Funky Meters’ drummer Russell Batiste to form Vida Blue. He also founded an improv based trio with Grateful Dead drummer Bill Kreutzmann and Max Creek guitarist Scott Murawski in 2008. Oteil reunited on stage with his brother Kofi after ten years of touring separately when Derek Trucks and Susan Tedeschi formed the Tedeschi Trucks Band in late 2010, featuring the Burbridge brothers in the rhythm section. The 11-piece super group released their first record, Revelator, in 2011 which won a Grammy in February 2012. The Tedeschi Trucks Band played Eric Clapton’s iconic Crossroads Guitar Festival in 2011. Oteil’s original composition “Love Has Something Else to Say” was included in the DVD release and on their Grammy-winning debut album. The Tedeschi Trucks Band released their second album (and first live album) in 2012, titled “Everybody’s Talkin”. Over the years, Oteil has also recorded and shared the stage with jazz and jazz-rock fusion legends Herbie Hancock, Roy Haynes, Randy Brecker, John Scofield, Jerry Goodman, Bob Moses, Lenny White, Steve Smith, Bela Fleck, Jimmy Herring, Howard Levi, Victor Wooten and Branford Marsalis. Grateful Dead members Bob Weir, Bill Kreutzmann and Mickey Hart joined forces with John Mayer in 2015 to form “Dead & Company” with Burbridge on bass and Jeff Chimenti on keys. Since its formation, the band has completed six tours, playing to more than 2 million fans, andhas become a record-breaking stadium act. Dead & Company has headlined iconic stadiums across the country including Folsom Field, Autzen Stadium, Citi Field, Fenway Park and Dodger Stadium. Additionally, the band broke Wrigley Field’s all-time concert attendance record. In between tours, Dead & Company hosts its annual “Playing in the Sand” all-inclusive Caribbean concert vacation in Mexico. Oteil’s fourth solo record, “Water In The Desert'' was released on October 27, 2017. He assembled an all-star group of musicians for this record, including late brother Kofi on keyboards and flute, Little John Roberts and Sean O’Rourke on drums, vocalists Alfreda Gerald and Mark Rivers, Dave Yoke on guitar, Miguel Atwood Ferguson on strings and producer David Ryan Harris. “Oteil & Friends”, which features a rotating cast of all-star musicians (including Melvin Seals, Eric Krasno, John Kadlecik, Tom Guarana, Jay Lane, Jeff Chimenti, John Morgan Kimock, Jennifer Hartswick, Jason Crosby, Natalie Cressman, Lamar Williams Jr., Weedie Braimah and Alfreda Gerald) toured the northeast in November 2017 to support the record and continued to tour through 2019. Oteil and Friends shows and festival appearances were canceled due to the 2020 pandemic but they will return to the road in 2021.

Entry can be purchased alongside standard 3-day passes. 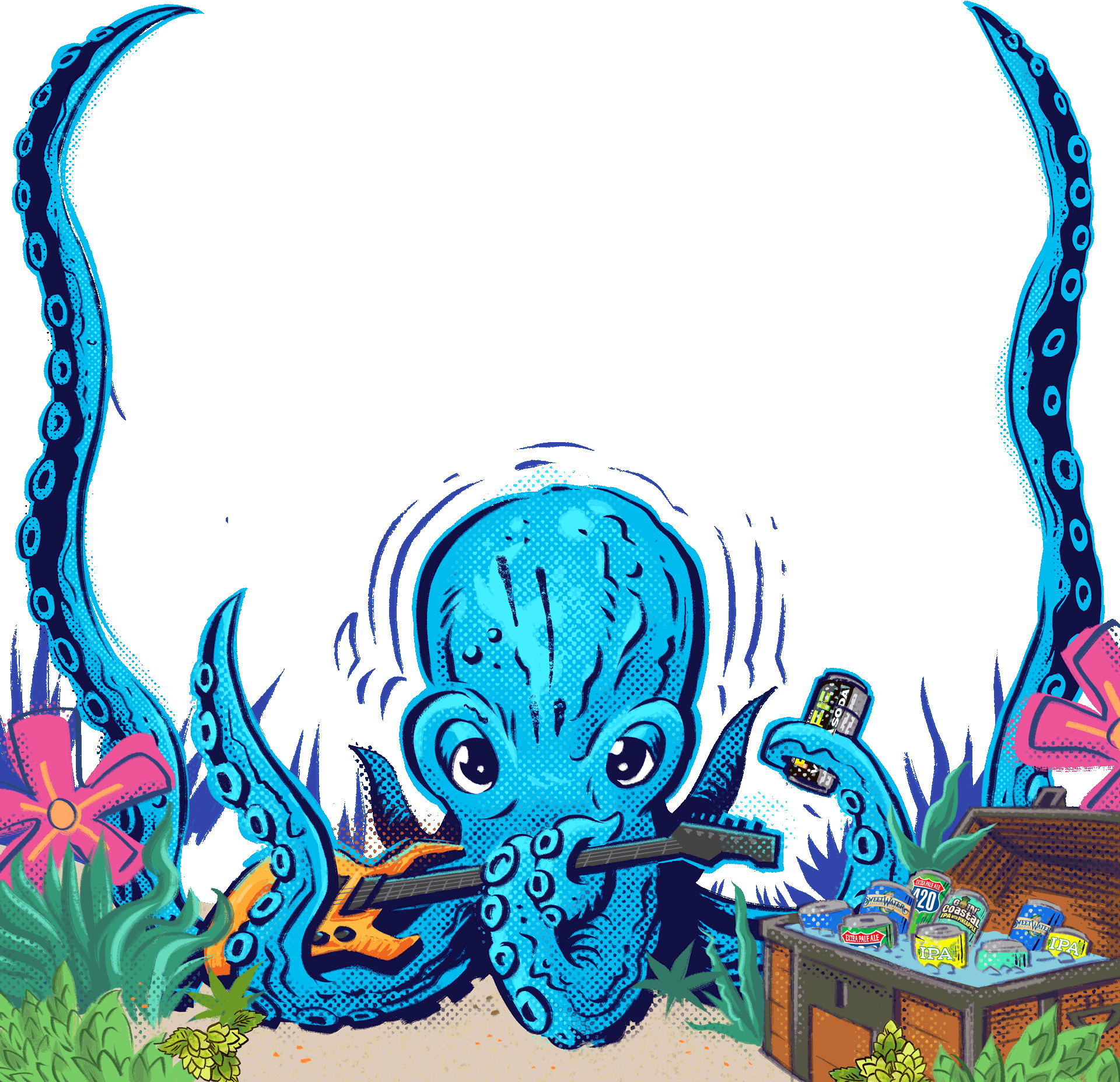 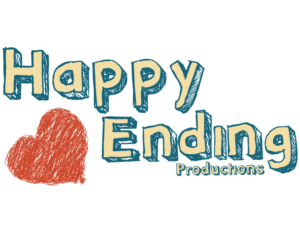 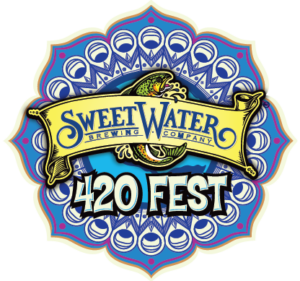 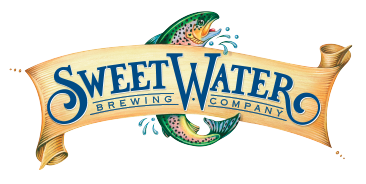